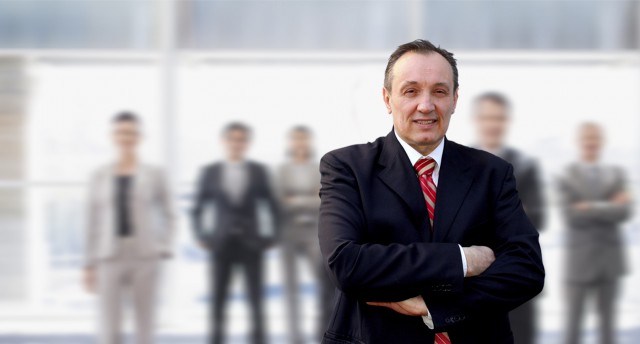 Graduated from University of Belgrade, Faculty of Economics, Department of Theory of Economics in 1982, Belgrade

Seven times nominated for a best volunteer at several communal voluntary activities; awarded for exemplary service while in the military.

1984 employed as a banker in the National Bank at the Currency Trade department. The major project was developing 100 million DEM in monthly capital turnover.

1989 lost his job in the National Bank due to political pressures.

1990 president of the Karic Bank, the first private bank in Eastern Europe. During the two years holding that position, Mr. Dragas created a profitable and modern market oriented institution Writes and publicly appears at Serbian political scene, pleading for the introduction of capitalism, trade market and re-establishment of Serbian Stock Market.

1990 Acted as a financial consultant in the federal government led by Premier Ante Markovic. Main focus was on developing and establishing the contemporary banking system.

1992 with the private entrepreneurs’ financial help establishes the Credibel Bank. The bank was widely accepted due to the valid banking strategy and professionalism

Since 1992 he established numerous companies in all Eastern European countries.

Mr. Dragas worked as a consultant for many Eastern European governments and companies.

1992 Created a New Economic program for the federal government led by premier Milan Panic, by invitation from then Yugoslav president Dobrica Cosic. Took part in financing the presidential campaign for Milan Panic

1992 founded the publishing company Tersit, which published hundreds of projects.

1992-1995 owner of more than 20 companies in Serbia, as well as in USA, Canada, countries in European Union, China, Cyprus, and all countries in Eastern Europe.

1995 tried to establish kibbutz-type farm for refugees from Croatia in Saranovo village; project was violently abolished under construction.

1990 – 1996 financed restoration of many monasteries and churches in Serbia.

1990-1996 financed opposition media in Serbia and/ or directly took a part in their founding. May 1990 – October 2000 censured by the government as an ideologist of capitalism. Extensively quoted in local media.

1996 government closed the Credibel Bank as a punishment for Mr. Dragas’ opposition activities.

In July 1999 with his close friends, professionals with different backgrounds, he created the Program for Salvation of Serbia. The program consisted of propositions for political and economics changes in Serbia.

October 2000 after democratic changes new Prime Minister asked him to visit several companies, all over Serbia, and to suggest the strategy of getting out of current difficulties, all within the first 100 days of service

2001. Suggested a Round table on the topic of new developmental concepts that would be open for public commentaries

October, 2001. Published, with a group of authors, a book called “Where is Serbia Heading, criticism of neo-liberalism”.

2003. established the Association of Businessmen, the Power of Serbian Business (PSB).

2003. On December parliamentary elections he was the candidate of the list called “Privredna snaga Srbije i dijaspora” (Economic power of Serbia and its Diaspora); List got 14,113 votes.

He suggested formation of New economic program and the Government of national salvation (non-partisan, multiparty government, formed mostly of experts), necessary for restoring the market

2004. established the Association of Serbian Small Stockholders; there are 200,000 stockholders – members in over 1,200 companies

2004 manager at the municipality of Trstenik.

2005 established the Economy Movement, a citizen’s group. The movement has political and economic program for Serbian salvation. The Movement is getting ready for 2009-2012 elections 2001 – 2006 government restriction of his public appearances is still active, even that he represent 210,000 stockholders

May 2007 financial advisor for Serbian National Party in Montenegro.

November 2007. Consultant for the Union of Law workers

Columnist of Tabloid, an opposition newspaper.

Mr. Dragas is not a member of any political party.

Lives and works in Belgrade.